I had not intended to make a comparison of the standards of housing in Jerusalem through these three photos. And the fact is that the second of the photos is of a house that is dilapidated by Jerusalem standards. But the three photos do serve to make the statement that there is a multiplicity of styles and standards here.

A glance above the shopfronts on Ben Yehuda, a pedestrianised street in the centre of town, shows some buildings with beautiful architectural detail. Whereas some of the shopfronts themselves look like poor newcomers living in the ruins of another civilization’s former glory. That said, the new bank on the lower corner of the street carried echoes of the future; of what the street will be like 20 years from now, when development money moves in. It is all glass and smooth Jerusalem stone. And it echoes the past, because it is only a year or two ago that on the site there stood a labyrinthine store, selling ‘everything’.

But that is not all the story, and the amount of new building on the fringes of the city (mostly for living accomodation) is staggering. It is new building on a scale and with a pace and energy befitting a first world country, which it seems this country aspires to be. For the moment though, downtown Jerusalem is like lower Manhattan south of the Port Authority, or like parts of London South of the Thames – poor and old, but lively. 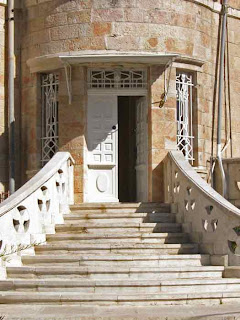 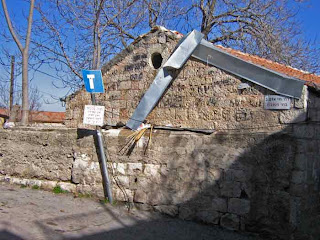 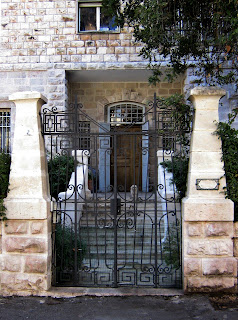