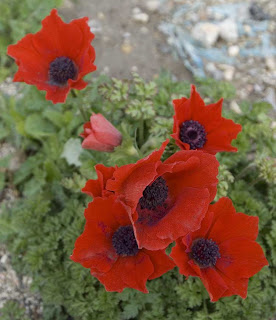 Just outside of the western ‘entrance’ to Jerusalem, in a steep valley descending north-north-west there is the deserted village of Lifta. The watercourse runs along by the remains of the paved street into the village and there are a number of houses and other derilict buildings remaining.

Lifta was an Arab village and in the Israeli – Palestinian conflict, it is perhaps a microcosm of the views of the two sides as to what happened and to whom and why. Today it is tucked between highways that branch west (towards Tel Aviv) and north from Jerusalem.

Slightly off-topic, but connected, I have had this feeling I may be creating the impression that it is a small third-world country, with a smattering of architecture that dates to earlier periods, when the country was occupied, but not much going on except for housing developments. This shot of the highway running north from the western entrance to Jerusalem should correct whatever wrong impression I may have created. 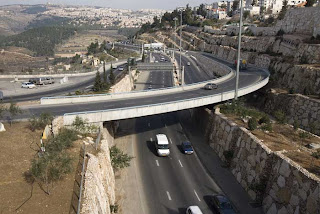 This is mistletoe among almond blossom. Mistletoe is a parasitic plant in that it lives on trees and sends its roots down into them and draws nutrients away from the host tree. In some cases it will eventually kill the host tree. Mistletoe is actually a hemiparasite in that it can also grow on its own and photosythesise materials. Usually though, it is a parasite and I imagine that when the village was occupied, the mistletoe would not have been allowed to grow so extensively. 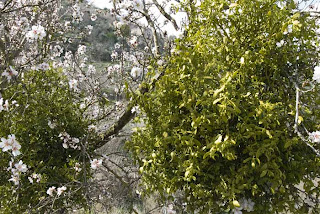 This is cactus and an almond tree, showing the steepness of the valley. 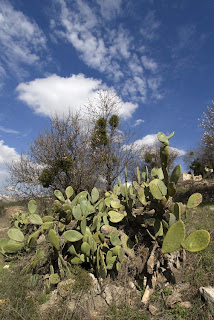 The houses are on both sides of the little valley and either side of the stream peer down into the valley and the scrub and the path here are against a backdrop of one of the deserted houses in Lifta. 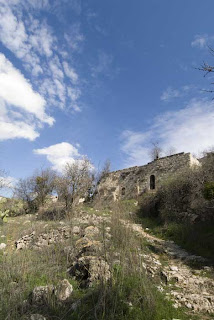 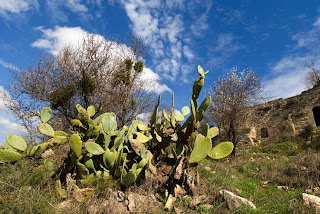