Hebrew has two forms of written script – a formal ‘printed’ style, which has a squarer script, and a cursive style that has a more flowing appearance. The individual letters of the two scripts are quite different, though it is possible to see where the cursive designs grew out of the printed script.

As with other languages, there are different styles of lettering, from the ancient to the modern, and a comparisom of an adverisement in a newspaper with an early text shows this clearly. Here are two shots of public lettering, the first showing the address of a building, and the second referring to an organisation, with cursive script over printed script. 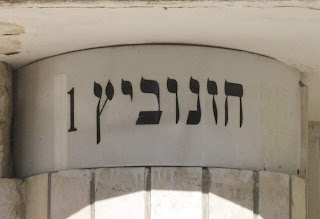 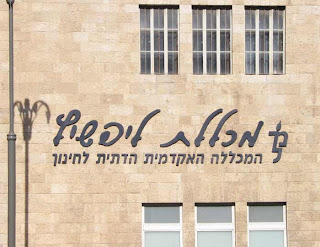